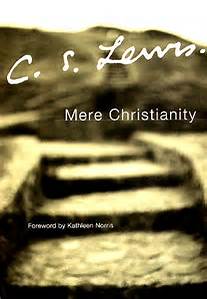 I was in ninth grade when I read Mere Christianity for the first time. C. S. Lewis compiled the book “to explain and defend the belief that has been common to nearly all Christians at all times.” Nowadays, he’s better known for The Chronicles of Narnia than his extensive works in apologetics, the defense of faith. I remember struggling through a few pages of Mere Christianity every night before falling asleep. I’ve never opened the book since.

That is, until my life group decided to study it this fall. Now that I’m older, it’s strange how simple Lewis’ reasoning and examples seem. The whole book is fascinating, though one chapter in particular has captured my interest. Lewis describes the concept of faith in a way I have not heard anywhere else. Instead of pitting reason and faith against each other, he argues they are allies.

The real threat to reason is emotion, not faith. A person does not necessarily go on believing something is true because evidence convinces him. Sometimes emotion overwrites evidence and stirs up doubt. For instance, when someone decides to believe in Christianity based on its weight of evidence, Lewis predicts, “There will come a moment when there is bad news, or he is in trouble, or is living among a lot of other people who do not believe it, and all at once his emotions will rise up and carry out a sort of blitz on his belief.” 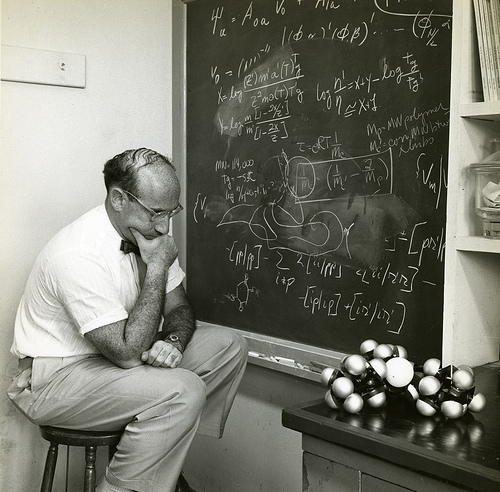 Fresh evidence must be evaluated, of course, but regarding runaway imagination and emotions, Lewis calls it a virtue to keep faith in what reason told you is true. In his own words: “Now Faith, in the sense in which I am here using the word, is the art of holding on to things your reason has once accepted, in spite of your changing moods.”

So faith becomes not about denying reason but rather the inconstant emotions that try to overthrow belief. This kind of faith is important to both Christians and Atheists alike, otherwise everyone would change their minds arbitrarily, depending on their mood of the day.

This definition of faith seems closer to what we now call being faithful. To be faithful is to be constant and steadfast. A faithful person keeps their commitments in spite of their emotions. A husband and wife may be overjoyed the day they commit their lives to each other, but they may feel quite the opposite by their one-week anniversary. We call spouses faithful when they choose to love even on the bad days. Perhaps that’s why “faithfulness” is listed in the fruit of the Spirit (Gal. 5:22-23).

I had faith in Christ before I ever applied reason to his claims. But when I did…reason strengthened my faith. I remember the thrill of discovering that I didn’t have to deny my questions or doubts, that God had answers for skepticism, that he encouraged me to seek them out (Matt. 7:7-8).

After a while, I had enough encounters with God that apologetic arguments seemed superfluous. Nothing felt more natural than to believe. But that doesn’t make me immune to bad days. Lewis’ prediction still rings true for me…and every other Christian I’ve had the privilege to know. We all have days when none of what we believe feels right anymore, regardless whatever rational thinking first introduced us to belief.

On those days, we have to rely on faith to carry us through. Faith keeps us trusting in Christ, believing he loves us even then. I imagine it isn’t much different from the virtue that holds a husband and wife together “until death do we part.”

Let love and faithfulness never leave you;
bind them around your neck;
write them on the tablet of your heart. Proverbs 3:3